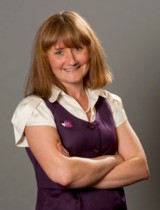 Following a lengthy consultation period, with regard to the supporting guidance, the Bribery Act 2010 finally came into force on 1 July this year. It updated the previous law in this area and creates four criminal offences. The landscape of the area of law has not dramatically changed, however the language may be unfamiliar. Firstly, it is an offence to offer a bribe and to receive a bribe, nothing new there. The new offence is section 6, bribing a foreign public official. For charities operating overseas, where such actions are imbedded into their culture, this may be a cause for concern. The act is extra-territorial; any British citizen will be liable wherever in the world they commit the offence. Section 7 then makes the commercial organisation they act on behalf of vicariously liable for failure to prevent bribery. The main defence to section 7 is that the commercial organisation had adequate procedures in place to stop their members falling foul of the Bribery Act, and as such should not be held liable. The Ministry of Justice has also confirmed that charitable companies executing a not-for-profit business will fall within the commercial organisation definition and as a result need to ensure that they act within the guidance.

Within a matter of weeks of the implementation date the Charity Commission issued their own guidance on the new legislation. Katherine Smithson of the Charity Finance Directors' Group has commended the body for their timeliness in relation to this 'tricky subject'. The guidance makes it clear that facilitation payments, very common in many areas that charities operate, are still bribes, despite the small amounts involved.

Bond is the UK membership body for non-governmental organisations (NGOs) working in international development. Bond defines facilitation payments as follows - 'These are bribes and are usually small unofficial payments made to secure or expedite the performance of a routine or necessary action to which the payer of the facilitation payment has legal or other entitlement.'

Facilitation payments, whilst legal in the US, were illegal under the previous UK legislation and so organisations should not find this to be a new development. The Ministry of Justice has gone as far as to say that they are an 'unacceptable use of charity funds'. It is common view that the payment of these damages the reputation of a charity as well as fuelling the corrupt practice that are customary in many overseas localities. NGOs are being urged to 'lead by example' in these communities.

In practice the guidance reiterates that which charities should already be familiar with. Charities need to have policies and procedures in place that are robust and proportionate to the risks that they are exposed to. By doing so they will be able to protect themselves from prosecution under section 7 with the defence of adequate procedures, an outcomes focussed approach to regulation. The Charity Commission has suggested that policy should send a clear message of zero tolerance to bribery and show top level commitment to prevent it. It should also give members advice on how to resist taking part in an offence. All of these seem like common sense steps and it is likely that NGOs will already have detailed mechanisms in place.

In detail, the Charity Commission's top tips for trustees are as follows:

• have written policy, practice and procedures in place in line with Ministry of Justice principles

• lead from the top of the organisation, and by example, to embed policy and good practice

• have a clear code of conduct and guidelines for its implementation

• promote a culture of openness and transparency

The section 7 offence is subject to prosecutorial discretion, but charities should not rely on this in lieu of implementing an anti-bribery policy. Effectively this discretion allows the prosecutor to weigh the public interest advantages in making the payment against the benefit of pursuing a conviction. Often there are significant rewards in letting a charity carry out their work as quickly as possible; however the Charity Commission's guidance makes it clear that this should not be considered an automatic defence.

In instances of payments being made a charity must be able to show that their representative reported the offence immediately and that remedial action was taken. The size and frequency of the payments will also be considered. As pointed out by Melissa Lawson from the charity Tearfund, 'charities have got to stand firm and not make these payments, because if you agree once, you will be expected to pay in the future.' The only defence that any body should intend to rely upon is that of duress, where without making the payment they were threatened with loss of life, limb or liberty.

Trustees have a duty of care to not act illegally in charity administration and the new guidance merely strengthens that facilitation payments are not acceptable behaviour because they are considered illegal bribes. Charity ethos should not be to encourage them, and so long as there is a policy in place charities should not find themselves falling foul of the new Bribery Act. We would recommend that charities should have regard to the Charity Commission's detailed guidance and seek advice if necessary.

Back to press releases