Withholding of consent in commercial contracts 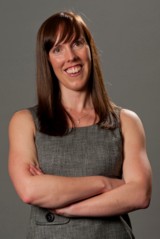 In the recent case of Porton Capital Technology Funds and Others v 3M UK Holdings and 3M Company, the High Court considered the meaning of a contractual term that "consent not be unreasonably withheld". Such terms are frequently included in Leases and are often considered by the Courts in Landlord and Tenant cases, but they may be used in commercial contracts, as here, in the context of a Share Purchase Agreement.

In this particular case, 3M agreed that they would not cease to carry on part of their business without the consent of the Vendors under the SPA, which consent was not to be "unreasonably withheld". A request for consent was made by 3M, which was refused by the Vendors on the basis that the business remained a very marketable proposition and the material presented by 3M at the time of the request made it clear that 3M was motivated by its own costs, which was not a matter to which the Vendors were required to have any regard. They asserted that principles derived from Landlord and Tenant cases were applicable to commercial agreements such as SPAs and that the burden was upon 3M to show that the Vendors` refusal to consent to the cessation of the business was unreasonable.

The Court accepted that principles derived from Landlord and Tenant cases were applicable and identified that the correct approach to construing whether or not the refusal was unreasonable is as follows:

1. The burden of showing that refusal to consent is unreasonable remains with the party making the request for consent.

2. The party refusing consent does not have to show that the refusal is right or justified, simply that it is reasonable in the circumstances.

3. In determining what is reasonable, the party refusing consent is entitled to have regard to its own interests.

4. The party refusing consent is not required to balance its own interests with those of the party requesting consent, or to have regard to the costs that the requesting party might incur if the consent is refused.

This case demonstrates that "consent" clauses are applicable in a wider commercial context, although the Courts will continue to uphold the principles of construction which derive from Landlord and Tenant cases.

Recently Rollits invited a Menopause Specialist to speak to employees about the effects of menopause both in a personal and work context. This was a well-attended event by both male...
Read more
blog

Half a dozen eggs are a bit like a pint (or now a litre) of milk. Not many people up to now have known precisely what they cost. They are...
Read more
Read all news and events