What’s in a colour? High fashion, high stakes and high heels in Court 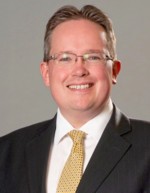 Fashion designer Christian Louboutin is making news not on the catwalks, but in the New York Courts this year, as his case against fellow designer Yves St Laurent over what Louboutin says is the infringement of his registered trademark for a bright red colour used on the soles of his shoes. St Laurent had produced a shoe design using a similar shade of red for the entirety of the shoe, including the sole.

Yves St Laurent have challenged the validity of the Louboutin US trade mark, claiming that the registration is too broad and unfairly restricts competition by allowing one designer to effectively have a monopoly over a particular colour in connection with certain fashion items.

Academic lawyers and the first instance District Court in New York have so far come down in favour of St Laurent`s argument, but other designers and fashion industry insiders such as Tiffany`s (who have their own colour trade mark for a "robin`s egg blue" used in their jewellery) have supported Louboutin`s position and the appeal case looks likely to push the boundaries of existing US law on the extent to which the benefit of registered trade mark protection can be extended over a particular colour.

Louboutin`s applications for trade mark protection have been unusual in the field of such "colour trade marks" because in most jurisdictions (though not in the UK) they have not sought to limit the scope of their protection to a specific standardised colour reference such as a Pantone number, and in a recent case in France against retailer Zara, Louboutin's claim to protect the "red soled shoe" as a trade mark was defeated.

He is yet to bring an action in the UK, but it is notable that Louboutin`s UK trade mark registration, although similar in many respects to the US registration, does make reference to a specific shade of red - Pantone shade 18.1663TP.

Last year in the UK, Cadbury defended a claim by Nestle to invalidate their registered trade mark protection for a shade of purple, Pantone 2685C, in relation to a range of chocolate products including those "in bar and tablet form", chocolate confectionery, cakes and assortments and chocolate and coca-based drinks. The outcome of that case, based on a number of factors, was largely in Cadbury`s favour - upholding their trade mark protection for the purple shade in connection with bar & tablet chocolate, eating chocolate, drinking chocolate and preparations for making drinking chocolate (but not in relation to cakes and chocolate assortments where it was ruled that Cadbury`s had not built up the necessary connection of distinctiveness between their products and the colour).

Brand owners and IP professionals will be watching the Louboutin litigation with interest, and any business which does believe that a particular colour or combination of colours (especially where those colours can be tied to a particular Pantone reference or similar identifying designation) has become distinctive of its products or services should consider seeking advice as to whether it may be able to secure trade mark protection for the colour(s) in question.

Remember - a registered trade mark is a powerful enforcement tool when compared to the relatively difficult-to-pursue tort of passing off, which protects a business`s goodwill in a particular "get-up" or trading style, and a trade mark registration is potentially renewable indefinitely. It is no doubt with such considerations in mind that giants of their respective industries such as Louboutin, Yves St Laurent, Cadbury and Nestle have been doing battle in this often overlooked area of trade mark law.