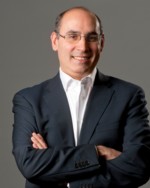 SEIS can result in the right circumstances in a tax saving of 78% of the amount invested.

There are three elements to the possible tax savings with SEIS:

1. A reduction in the income tax liability of the investor equal to 50% of the amount invested;

2. Elimination of CGT liabilities on gains made between 6 April 2012 and 5 April 2013, provided the investment takes place in that period; and

3. No CGT on gains made on the sale of the SEIS shares themselves.

Some readers might be aware of the enterprise investment scheme (EIS). EIS is a completely separate relief. The income tax relief on an EIS investment is 30%, so it is less generous than SEIS.
SEIS and EIS have some common characteristics, including that the investor cannot hold more than 30% of the share capital in the company invested in. Some entrepreneurs are put off by that restriction. It remains to be seen whether the higher tax reliefs will make SEIS more attractive than EIS.

Helpfully, the SEIS investor (and indeed an EIS investor on and after 6 April 2012 (thanks to a relaxation of the EIS rules)) can make loans to the company being invested in comprising more than 30% of its total loans. This could be of real help as many entrepreneur investors prefer to split their investment between debt and equity.
SEIS is for relatively small investments (up to £100,000 per year for an investor) in relatively small companies (gross assets less than £200,000 before the SEIS investment, no more than 25 full-time employees and the aggregate SEIS investment a company can receive is £150,000). Those figures compare with investments of £1 million per year for an EIS investor and relatively large companies that qualify for EIS (gross assets of up to £15 million, up to 250 employees and an EIS company can raise up to £5 million via EIS annually).

In common with EIS, the SEIS rules are set out in scores of sections of tax statute. The SEIS rules add 83 new sections to the ever-expanding UK tax code. Like EIS, there are plenty of traps for the unwary.

The 2022 FIFA World Cup kicks off in Qatar on Sunday 20th November and many employers may be anticipating a drop in employee productivity as a result, particularly if the...
Read more
blog

As leaders do we overprotect our staff?

Mae West, whose career spanned over seven decades in the golden days of Hollywood once famously said ‘every man I meet wants to protect me. I can’t figure out from...
Read more
Read all news and events