Nuisance, Trespass and Harassment claims … the future of neighbour disputes? 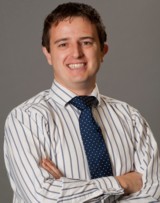 Whilst each neighbour dispute is different, they share a common denominator in that almost every case, claims comprise a claim for nuisance and trespass. On 12 July 2011, the Court of Appeal handed down its decision in the case of Jones and Another v Ruth and Another, a neighbour dispute. What made the case unusual is that the claim included a harassment claim.

The Claimants issued proceedings against the Defendants, seeking damages for nuisance and trespass and were successful in obtaining an award of damages for loss of enjoyment and amenity and for the continuing nuisance (though the damages were subsequently reduced on appeal).

The Claimants also pursued a claim for damages for harassment on the basis of the Defendants` aggressive behaviour whilst one of the Claimants also sought damages for personal injury in the form of psychiatric injury, and for financial loss caused by loss of earnings on the basis that she was unable to work as a result of that injury, all of which it was claimed was a result of the harassment.

The judge at First Instance found that the Defendants had conducted a campaign of harassment. He awarded the Claimants £6,000 damages arising from the harassment suffered but did not award any damages for the personal injury and financial loss on the basis that he did not consider the harm suffered was a foreseeable consequence of the harassment.

So, if you are about to undertake extensive building works, do you need to put aside money to settle any harassment claims by disgruntled neighbours? In the vast majority of cases, the answer will be no. The Court is unlikely to have any sympathy to a claimant bringing a harassment claim due to their neighbour doing building work for 6 months on the basis that, whilst an inconvenience, such works can for the most part be tolerated and are part and parcel of being a neighbour. If, however, the works last a number of years and are coupled with anti-social behaviour, a harassment claim may then have some merit.