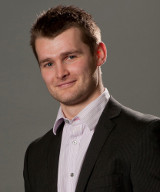 As of 19 March 2012 any designated money claims are no longer to be issued in your local county court.

Her Majesty`s Courts and Tribunals Service has developed a new system which requires all money claims for England and Wales to be issued though the County Court Money Claims Centre (CCMCC) which is based in Salford. It is thought that this new system will deliver costs savings and efficiency improvements by allowing the CCMCC to carry out all of the administrative work for designated money claims which has previously been carried out by County Courts throughout England and Wales.

For the purposes of this new system, a "money claim" is a claim for either a specified or unspecified amount of money which is issued under Part 7 of the Civil Procedure Rules 1998. Any other claims such as a claim for the recovery of land or to recover possession of a property would still be issued in the local county court.

The CCMCC will deal with money claims up until the point of allocation of the claim to one of the court`s three tracks (small claims, fast track and multi-track). Once the claim has been allocated to the relevant track, the claim will then be transferred to the local county court. Until this has been done, all documents should still be sent to the CCMCC.

There have been concerns over the practical issues relating to this new system. A lawyer will frequently wish to contact the court to discuss the progress of any ongoing claims that they have with the court. However, the CCMCC will not take calls about a claim until it has been in their possession for 10 working days. Whilst the Salford Business Centre will be contactable by post and DX, they will not be contactable by telephone, rather any telephone queries will be dealt with by a centre in Loughborough. As the Loughborough centre will not possess the court papers, they will in turn have to make enquiries of Salford to answer your query!

There are also concerns as to when your claim will actually be issued by the CCMCC as the vast majority of claims will be sent to them by post. This can be of particular concern if you have a limitation date fast approaching. In this instance, and in order to avoid your claim becoming out of time you will be able to have your claim form sealed in your local county court and then forward it on to the CCMCC.

On the whole the practical effects of how this new system will impact on our regular practices is unclear, and will likely develop over the coming months. What we do know in the short term, however, is that if you have a money claim that has a limitation date which is fast approaching then it is now more important than ever to act quickly.