New legislation leads to significant changes to the planning process 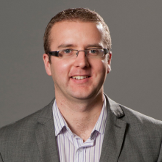 The Growth and Infrastructure Act 2013 obtained Royal Assent on 25 April 2013. The legislation contains a number of reforms to the planning system intended to both encourage development and provide greater confidence for developers in what clearly is still an economically challenging period.

In brief, the Act provides for the following reforms:

1. The Option to make a planning application directly to the Secretary of State

Applicants will be able to apply directly to the Planning Inspectorate bypassing the Local Planning Authority where the application is for "major development" and the Local Planning Authority has been "designated" as having a record of poor performance. Secondary legislation is required in order to define the criteria for "major development" and "designation" before this procedure can be used.

2. Costs of the Secretary of State in Planning Appeals

The Secretary of State will have the ability to recover its own costs, or a portion of those costs, at all planning appeals, including where an inquiry or hearing has been arranged but does not take place. This section has not yet come into force and further guidance from the Planning Inspectorate is expected.

3. Limits on the powers to require information with planning applications

It is proposed that the Local Planning Authority should only request information within a planning application that is reasonable having regard to the nature and scale of the proposed development and that will be a material planning consideration. Again, this section is not yet in force.

The legislation has introduced a new neighbour consultation process in response to the Government's proposed expansion of permitted development rights to allow significantly larger extensions of up to 8 metres (in certain circumstances) to residential property.

5. Modification or discharge of affordable housing requirements in Section 106 Agreements

An application can now be made to the Local Planning Authority to modify, replace, remove or discharge the affordable housing obligation contained within a Section 106 Agreement where currently the development is not economically viable. Separate guidance has already been published on the procedures for assessing viability.

6. Stopping up and diversion of highways

A draft stopping up or diversion order can now be published alongside the planning application, as opposed to waiting until planning permission has been granted.

The Town and Village Green registration process has been significantly changed in order to provide greater comfort for developers. In brief, if a planning application has been submitted and publicised, or planning permission granted, or the land is allocated for development within a draft or adopted development plan then the land will be protected from any application for a town or village green. There are certain events, such as the refusal to grant planning permission, which will mean that the right to apply for a town and village green will then arise again.

There are also further proposed changes to the Town and Village Green registration process, which have not yet come into force, such as the reduction from two years to one year to make an application for registration where the use has ceased, and the ability to submit a statement to the commons registration authority to bring to an end any period of use "as of right for lawful sports and pastimes on the land".

8. Bringing business and commercial projects within the Planning Act 2008 regime

Certain commercial and business development (to be prescribed by the Secretary of State) may now be decided under the nationally significant infrastructure "fast track" regime. Regulations will set out the prescribed projects but an application that includes any housing would be excluded from becoming a nationally significant infrastructure project.

The reforms are only summarised above and, as with any Government reform, there is far greater detail involved in the majority of these changes to the extent that further advice must be sought before these can be relied upon.

However, the potential impact of this legislation could be significant if it can stimulate further development, especially in relation to the ability to vary affordable housing requirements within section 106 Agreements and the changes to the Town and Village Green registration process.