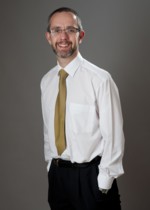 The Department of Energy and Climate Change opened itsconsultation on Feed-in Tariffs for Solar PV as part of thecomprehensive review on renewable energy subsidy on 31 October2011.

The intent expressed at the time was that the consultationperiod would last until 23 December 2011 and DECC proposed changesto the Feed-in Tariff for PV Scheme to 250 kilowattsgeneration.

The DECC, prior to the end of the consultation periodimposed a deadline of 12 December for registration of PVinstallations to benefit from the current higher rate.

The Friends of the Earth and a number of solar companieschallenged the decision by DECC in the High Court as unlawful andjudgement was given in their favour on 21 December with the HighCourt ruling that the proposed modification to the Feed-in TariffScheme which would operate retrospectively wasunlawful.

The DECC indicated that it would be applying to the Court ofAppeal for leave to appeal the decision and the hearing was held onFriday 13 January. Sadly, notwithstanding the collective holding ofbreath by the renewables sector the Court of Appeal has not yetmade a decision.

They have indicated that they are aware of the need for aswift conclusion and hope to have a decision by 9 February butuntil then the status of feed-in tariffs for smaller PV schemesand, indeed, to a lesser extent for larger schemes, remainsuncertain.