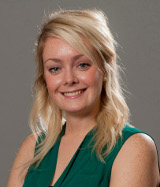 In Eweida & Others v UK,the European Court of Human Rights (ECtHR) held that in mostsituations it does.

In different cases, fouremployee's brought claims against their employer's under theReligion or Belief Regulations. They claimed that theiremployer's had failed to protect their religious beliefs, referringto Article 9 and/or 14 of the European Convention on HumanRights.

Article 9 provides "Everyonehas the right to freedom of thought, conscience and religion; thisright includes freedom to change his religion or belief andfreedom, either alone or in community with others and in public orprivate, to manifest his religion or belief, in worship, teaching,practice and observance."

Mrs Eweida worked for BritishAirways (BA) as part of the check in team. She wished toexpress her religious beliefs by wearing a silver cross necklacearound her neck. BA refused to allow her to wear the cross,arguing that it was contrary to its uniform policy. MrsEweida claimed indirect discrimination; however, failed on thebasis of not being able to show that any other Christians had feltdisadvantaged due to BA's policy. Furthermore, exposing across was not a requirement of the Christian faith, but rather apersonal choice.

Mrs Chaplin was a clinicalnurse who wished to wear a crucifix on a necklace as expression ofher beliefs. As with the Eweida case, the crucifix did notcomply with the employer's uniform policy. Mrs Chaplin alsobrought a claim based on indirect discrimination and like MrsEweida, she too failed in proving that the uniform policy placedChristian's, as a whole, at a disadvantage. In addition, thepolicy could be objectively justified on health and safetygrounds. It was classed as a proportionate means of achievinga legitimate aim.

Ms Ladele, a registrar and aChristian, believed that same-sex partnerships are "contrary toGod's law". Because of her beliefs, she refused to carry outthe registration of civil partnerships when the Civil PartnershipAct 2004 came into force. She was dismissed for grossmisconduct on the basis of being discriminatory towards the gaycommunity and for breaching the Council's "Dignity for All" policy,which had fundamental human rights, equality and diversityimplications. Bringing claims for religious discrimination,she initially succeeded before a tribunal, only to subsequentlyfail in front of both the EAT and the Court of Appeal. MsLadele's claim failed on the basis that as a public authorityemployer, it was committed to promoting equal opportunities,including the rights of the gay community.

Mr McFarlane was a sexcounsellor dismissed for refusing to counsel same-sexcouples. He brought claims based on indirect discrimination,which failed both in the tribunal and the EAT. It was foundthat the actions of Mr McFarlane's employer could be objectivelyjustified as a proportionate means of achieving a legitimateaim. The legitimate aim was to provide a full range ofcounselling services to all sections of the community, regardlessof sexual orientation.

Only Mrs Eweida's claimsucceeded in the ECtHR. This was on the basis that too muchweight had been placed on BA's corporate image and Mrs Eweida'scross was discrete, bearing no real negative implications to BA'sbrand. Mrs Chaplin's claim failed on the grounds that thehealth and safety policy on a hospital ward was more important thanthe expression of religious beliefs, thus the interference wasnecessary in a democratic society. In relation to Ms Ladeleand Mr McFarlane, treatment based on sexual orientation requiresparticularly serious reasons for justification in order to exceedthe "margin of appreciation". In both instances, the marginwas not exceeded.

The judgement emphasises thatcases involving the justification of indirect discrimination willremain to be very much dependent on the individual facts of eachcase. However, employers are now under an obligation toaccommodate reasonable requests regarding uniforms.