Home / News / Articles / Adjudicators – Is it right they get paid even when they get it wrong? (Part 2)

Adjudicators – Is it right they get paid even when they get it wrong? (Part 2) 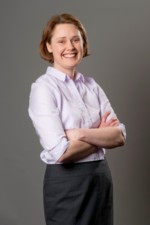 In January 2012, I reported on a decision by Mr Justice Akenhead in the case of Systech International Limited v PC Harrington Contractors Limited. In that case, Harrington had refused to pay an Adjudicator's fees when the Adjudicator's decision was found to be unenforceable by reason of breaches of natural justice. Mr Justice Akenhead had decided that the Adjudicator was entitled to his fees because although the decision was unenforceable, there had been partial performance of the contract between the Adjudicator and the parties to the adjudication. He had taken the view that the role of the Adjudicator went beyond simply producing a decision and included a number of other functions including giving directions to enable the parties to present their case, generally handling the adjudication procedure, addressing correspondence from the parties and considering all submissions and evidence.

Not surprisingly, Harrington was unhappy with the decision and the matter was referred to the Court of Appeal. Lord Dyson, the Master of the Rolls, overturned the decision of Mr Justice Akenhead finding that the parties' bargain with the Adjudicator was for an enforceable decision.

In coming to this decision, the Court of Appeal had considered not only the Adjudicator's own terms of appointment but also Part 1 of the Scheme for Construction Contracts (England and Wales) Regulations 1998. It was their view that the Scheme showed that Parliament had intended the Adjudicator should not be paid in cases where he did not perform all of his obligations, which would include making an enforceable decision.

This decision will be welcomed by parties who are involved with adjudications and find themselves in a position where they have to pay for a decision that is, effectively worthless. It will also be interesting to see whether further cases are brought as a result of this decision with parties seeking repayment of Adjudicators' fees where their decisions have been held to be unenforceable.

Adjudicators may not be as thrilled with the decision. However, Lord Justice Davis, also sitting in the Court of Appeal, suggested that Adjudicators look at their terms of engagement to ensure they provide for any eventuality, including payment in the event of a decision not being delivered or enforced. It is therefore likely that parties will now be faced with Adjudicators' terms and conditions including provisions providing for payment in the event of an unenforceable decision. The question will remain as to whether or not such terms are enforceable under the Unfair Contract Terms Act 1977.

In the meantime, parties to adjudications should ensure that they read the Adjudicators terms and conditions carefully or they may still be under an obligation to pay even when faced with an unenforceable decision.