Home / News / Articles / A tasteless joke or a claim in defamation?

A tasteless joke or a claim in defamation? 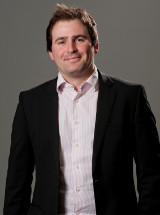 The recent decision fromScotland in the Sheriff Court case of Cowan vBennett has once again shown some of the difficultiesfor a claimant to establish a defamation claim.

There is no complete orcomprehensive definition of what constitutes a defamatorystatement. It is generally considered that a defamatorystatement lowers the reputation of the person being defamed in theeyes of right thinking members of society or exposes the person topublic hatred, contempt or ridicule. This test allows forsome flexibility in its interpretation and what is deemeddefamatory generally evolves with changes in society.

The case of Cowanv Bennett involved two former friends, the claimantbeing Mr George Cowan, a painter and decorator and the defendant,Mr Mark Bennett. Mr Bennett was renowned to be "gregariousand outspoken" and the Court heard that he participated in andenjoyed "banter" with the people he met. As such, Mr Bennettbegan referring to Mr Cowan as "the gay painter". Mr Cowanwas a heterosexual and had taken offence to the continuous commentsof homosexuality. Mr Cowan brought an action for defamationclaiming £10,000 in damages.

The Sheriff had to considerwhether the jokes which were made in bad taste amounted todefamation. The Sheriff specifically looked at the context ofthe comments and with reference to an earlier decision decided thatthe court had to consider how the hypothetical reasonable listener,who is not naïve but is not unduly suspicious, would haveconsidered the words.

The Sheriff commentated thatin 2012, times have moved on. He explained that homosexualityis widely protected by law and is accepted in society. TheSheriff concluded that no reasonable person would have formed theview that the Mr Bennett was seriously suggesting that Mr Cowan wasa homosexual. The allegations of homosexuality by Mr Bennetthad not caused any damage to Mr Cowan's reputation and the Sheriffdetermined that the fact that someone is homosexual cannot lowertheir reputation in the eyes of right thinking members of society. Mr Cowan's claim in defamation failed.

Although it is a Scottishcase, it is an example of how the law has evolved, and no doubtwill continue to do so, to reflect the change in people's attitudesand society generally.