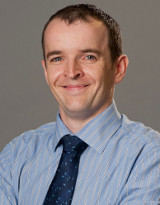 The Crown Officer Procurator Fiscal in Scotland has used its powers under the Bribery Act 2010 ("the Act") to force Abbot Group Limited ("Abbot") to account for £5.6m of profit attained as a result of corrupt activities in 2006/2007. This decision is the first under the Act's so-called "self-reporting initiative".

The corrupt practices, in contravention of the Act, occurred during contract negotiations between one of Abbot's subsidiaries and an overseas oil and gas company in 2006; corrupt payments were also made by the subsidiary in 2007.

Abbot (now under different ownership and leadership) made use of the Act's self-reporting initiative after the activities were uncovered during inquiries by an overseas Tax Authority. Under the self-reporting initiative, the Serious Organised Crime Division ("SOCD") has jurisdiction to decide whether to refer a case to the Civil Recovery Unit or whether the activities are so serious that they merit prosecution. Following a full investigation by Abbot and subsequent self-reporting to the SOCD, it was decided that the Civil Recovery Unit should take matters forward.

Scottish Justice Secretary Kenny MacAskill said "the £5.6m will be used to further expand the £46m CashBack for Communities Programme by funding projects that will contribute towards delivering youth employability, healthy lifestyles and reducing re-offending for the young people of Scotland".